As my first sprint triathlon draws near, I’ve starting to feel the pre-race nerves kick in over the strangest things. For example, I had a stress dream last week about forgetting my sneakers, my bike having flat tires, a thunderstorm over the ocean at the starting line, and accidentally swimming with my phone in my pocket. 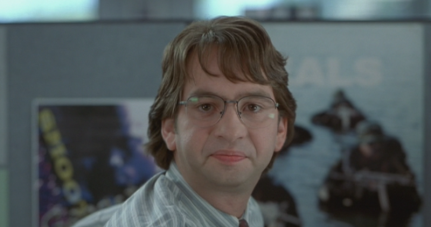 So to alleviate some of that stress, I’ve started checking things off my race-prep to-do list – one of them being my race day outfit. Initially I just thought I’d go to the store and get a tri suit and be done with it, easy peasy. Well, after driving around to 7 different stores for 5 hours on a Sunday with my poor cousin (and returning home empty-handed), I realized I’d have to resort to the trusty interwebs once again.

Enter SwimOutlet.com – my cousin (who’s raced a few tri’s this spring already) got her outfit from here and loved it, so I took a look. To keep myself from getting too stressed out over multiple orders and sizing issues, I ordered basically half of the site in various sizes to ensure that I got it right on the first try. My credit card probably had a heart attack at the initial charge (frankly I’m surprised they didn’t call me about a possible fraudulent charge!), but the upside is that I finally found a suit that works!! 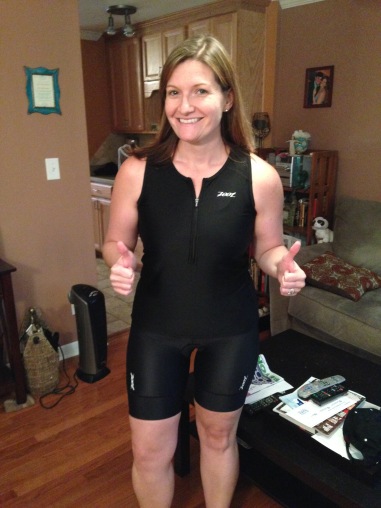 It’s by Zoot (who I’d never heard of before this), and after testing it out for a bike and run brick workout – my first tri-related double workout ever! – I’m officially convinced it’s the one!

This past Saturday, the schedule called for a 10K bike ride followed by a 1 mile run. Not bad in theory – I’ve been kind of doubling up with the DeskCycle during the day and running at night so this wasn’t a huge stretch, but putting the two activities together immediately after one another was an eye-opener. In a good way!

It was gorgeous outside – hot and not as humid as it had been all week – so I jumped into my new Zoot suit (sorrynotsorry), and set off. One thing I did notice was that the tri top rides up a bit, but I’m thinking some safety pins on race day will keep it in check. I cruised along at about 6:15-6:45/mile on the bike, which is a moderate effort. I could have pushed harder, but I wasn’t just looping along humming a song either. My legs were definitely feeling it the two times I stopped for water (I’ve since installed a bottle cage on the bike!), and once I hit 6.2 miles I was pleased with my time of 40:40. 10 miles would be a little over an hour, which I’m totally capable of!

Once I put the bike away, I set out for one mile and went by feel. Immediately I took off and found my leg turnover to be ridiculously fast. I’m talking like 9 minute miles fast – nowhere near my usual 11-12:00/mile pace! I must have been all warmed up and stretchy from pedaling the bike! I checked myself and slowed down to around 10:30, and at about the half mile marker, I flagged. The heat and full sun (it was 12:30 in the afternoon by now) were beating me down, so I walked where I needed and jogged slowly where I could, then took off again at 3/4 mile to finish at 11:24. Not gonna lie – I was shocked at how speedy that mile was after 40 minutes of biking!

I wobbly-leg walked back to the shade of a nearby tree where we took the cooler out of the trunk and I downed a Gatorade so fast I think I can now coin the term “Gatorade Headache”. But it was so worth it – I’d just showed myself that I’m capable of so much more than I think! Sure it was just about an hour’s worth of work, but it’s something entirely new to me, this triathlon thing, and this workout proved that all the work I’m doing is paying dividends, and will continue to every day. And that’s pretty exciting if you ask me!

How about you: when was the last time you surprised yourself?

13 thoughts on “My First Brick Workout”

My shirt says ‘I don’t sweat, I sparkle’, but based on this photo, 4 miles makes me do both 💦✨
The Apple Watch is helpful for reminding myself that I actually did accomplish something when I feel like I’m going nowhere fast 🐢81.1 miles in March and I’m excited to see what I can do in April! 🙌🏻
re-entry into society is going great guys
getting that vitamin d - and that new patio furniture cost per use down 🌞🥶
Knocked out a few @onepeloton miles to end my weekend at 11:17 pace 💪🏻 I may not post about it as often but I’m still out here every day, running and grinding, avoiding the virus (and gluten), and being the best cat mom I can be. How’s it going by you?
in this house we:
Mental Health Day: I got an empty bladder and a fanny pack full of hand sanitizer and snacks, the world is my oyster ✨
what started as a lunchtime walk turned into a 5k for #runch followed by some stretching and strength work 🤷🏻‍♀️ #iaintmad
this faster-than-planned 5k was brought to you by the bottle of Chilean merlot I drank last night and Travis Scott in my headphones 🤷🏻‍♀️