Forgive the pun-ny title, but I just couldn’t bring myself to come up with anything more creative to give you an update on how things have been going this past month.

With the Dark Side Challenge about a month away, I’ve been keeping up with my training relatively well – only got sidelined with minor life-related issues twice so far, which isn’t too bad considering I never really stopped training after the Rebel Challenge in January. My weekly runs are hovering around the 11:00/mile pace and under, and even my long runs are strongly around 11:30ish. 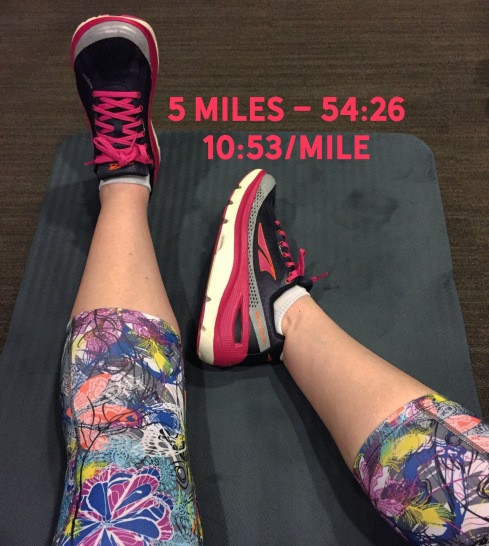 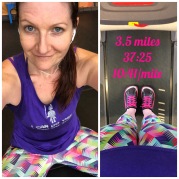 Aside from running all the miles, I’ve also branched out this training cycle, and have tried things I never did before. Namely, taking a Barre class.

I’d heard of Barre before, and know that lots of celebrities swear by it – it was the kind of thing I read about and go “Hmm. That’s nice,” and move on. But when a friend suggested we try out a class at a shop not too far from where we both work, we went for it. And let me tell you – I now know why all those celebrities are in such good shape. Holy hell.

For those of you who haven’t tried this specific form of torture, it goes like this: you enter a small room lined with mirrors and a ballet barre with about 20 other women. A small, energetic woman then comes in, blasts music and starts barking orders that all the other women seem to already know, and you struggle – for the next 50 minutes – to keep up with these teeny tiny movements they’re doing with a tiny medicine ball, resistance bands, and a red yoga mat. You stand, you sit, you hover, you balance, you squat, you lunge, but here’s the kicker: all of these movements are done in TINY, TEENY INCREMENTS. At one point the instructor told us to “trace the outline of a quarter with your toes”.

It doesn’t sound difficult, but I – and my fluttering, screaming thighs – assure you that it is extremely difficult. I specifically remember glancing over at my friend in the mirror at around the 15 minute mark, and we both looked like this guy at each other:

BUT – having said that – we WILL be doing this again. It was an insanely good workout, and we both felt it help open up our hips and strengthen parts of our legs we never knew existed before. I’m all for trying new things, and this was no different!

Speaking of trying new things, I recently picked up a bunch of ice cream and snacks courtesy of the folks at Eat Enlightened – have you ever tried this stuff?? 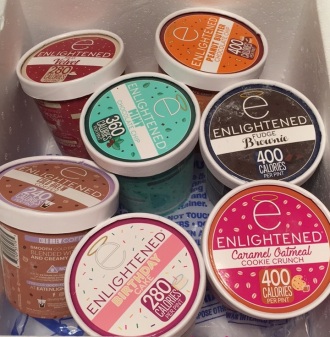 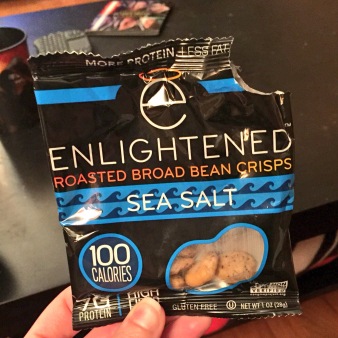 Their shtick is ice cream that’s low in sugar and higher in protein – think Halo Top – but it’s SO creamy and unbelievably delicious. I’ve already devoured the Peanut Butter Cup pint and gotten halfway through the Red Velvet, no shame in that game. They also sent me some of their Bean Crisps, which are a real game changer. I struggle with savory cravings and hate that my only options are chips or other semi-junk-y food that only take care of my taste buds but not my actual hunger. The crisps have 7g of protein per 100 calorie pack (!) and the flavors are awesome. In addition to the sea salt pack I already put away last night, they have sweet and savory flavors like wasabi, sweet cinnamon, sriracha, garlic & onion, and cocoa-dusted. Full disclosure, they sent me this stuff for free to review, but I’m not making it up when I say:  So much yum.

How about you: How was your February? Have you tried Barre? Or Eat Enlightened snacks? Tell me all about it in the comments!