Forgive my absence in the past week or so – I spent the first week of March at a big conference in Las Vegas and kind of fell off the grid. I had all intentions of lacing up and setting out for a run on the strip each morning, breathing in the fresh spring air and snapping gorgeous pictures, then ending my day with some blogging from my desk at the Venetian, overlooking the strip while glamorously sipping wine and watching the sun set over the mountains in the distance. 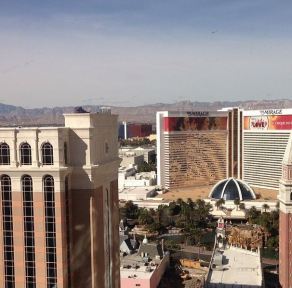 seriously, it would have been great.

But, it turns out that 12+ hour days on my feet left me basically dead to the world when I wasn’t on the expo hall floor. This was a big, stressful event to coordinate (being my company’s event coordinator, I take it pretty seriously), so I ended up focusing much more on the job than myself the entire week. The only “me time” I managed to carve out was in the ridiculously over-sized bathtub in my suite at the end of each day, soaking in hot water to ease the muscles in my aching feet, legs, knees, and back to make the next day bearable. 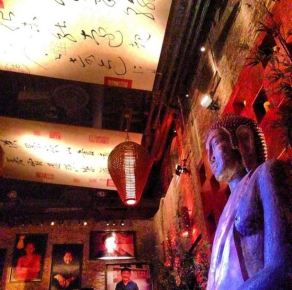 and also dinner with the team at Tao one night. because, well, TAO.

Long story short, I ended up not running for the entire week. 8 days, to be exact. And I had some serious doubts about being able to pick it back up from where I left off before Vegas, too. Especially with the crazy jet lag I had to work through all day Friday when I got home. Seriously, that stuff is no joke!

I had some major runner doubts. You know them well: those niggling little thoughts that creep up on you and chip away at your confidence as a runner each time they loop through your brain. You’re going to fail at your half marathon next month. All this time off, you’re not even a real runner. You don’t even have the urge to run, clearly you’re a poser. Just go down to the casino and eat your weight in chocolate souffle like you want to, go on.

So imagine my surprise when I woke up yesterday morning and wanted nothing more in the world than to run. Just flat out hit the pavement and breathe in the air and take in the sights of my town at my own leisurely pace as everyone prepared for our annual St. Patrick’s Day parade. And I did exactly that – for over 3 nonstop miles I cruised around my streets and waved at other runners as we passed by each other, so happy to run on streets and sidewalks that were just three days prior covered in 3 inches of unmeltable permafrost. 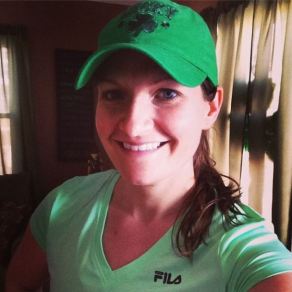 The sun felt so nice – too nice for how I dressed actually. I had been dying to try out a new running jacket I got on clearance at RoadRunner Sports last month but it ended up being too hot so I had to wear it around my waist for most of my run! The only thing stopping me from going any farther was my knee, which was still a little angry at me for the crazy torture I had put it through in the past week.

This run ended up being one of my favorite runs in recent memory. Maybe it was the weather, maybe it was all the parade prep going on around me, or maybe in running, just like in love, absence really does make the heart grow fonder. All I know is that runs like yesterday’s remind me why I love running so much, and renew my sense of gratitude for the gift of running.

So how was your weekend run? Did you fight through a few tough miles, soak up the sunshine, take on a new distance, compete in a race? I want to hear all about it, tell me a story in the comments!