Hey all! I’m currently in the middle of my first week of training for the New Jersey Half Marathon in May, and let’s just say I’m glad I added a few extra runs before the plan officially started: 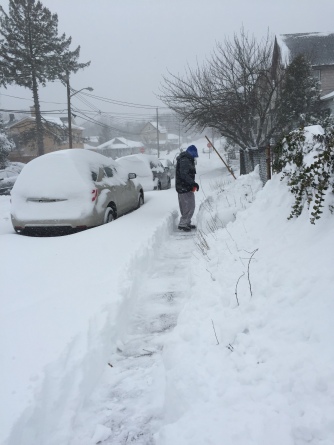 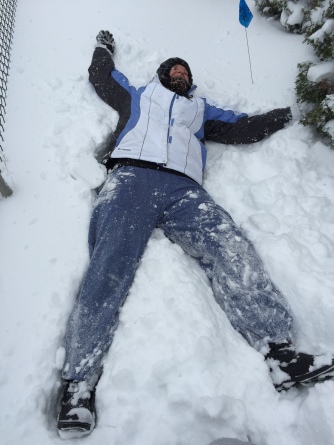 I’m happy to say that the apocalypse you see up there is all but melted now, just over a week since it happened. Thank goodness, too, because I don’t think I could take trudging over a snow mound 4 feet high just to get to my front gate much longer.

To kick off my training a little early I did a few strength training + 1 mile run double workouts last week at the office gym just to get my body used to moving consistently again. I even surprised myself with a nice steady 3.5 mile run at what now feels like an “easy” pace – and on a treadmill to boot! 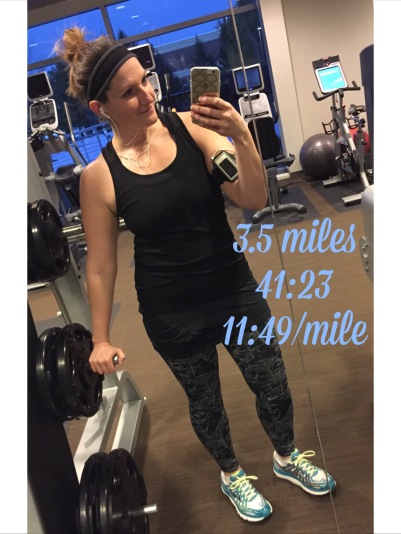 Once the weekend hit, I went into high gear with an hour or so of strength training and cross training on Saturday, followed by my first “long” run on Sunday. 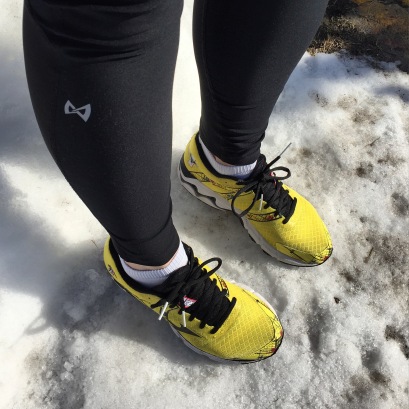 The spinning, lifting, ab, and leg work I did on Saturday morning was made all the more intense thanks to those nifty little tights you see in the pic up there: Physiclo resistance tights. These babies have built-in resistance bands that add a little extra burn to every workout and make me sweat a little harder than I care to admit. That’s a good thing though, especially when I’m doing strength training!

Sunday morning I woke up to a delightfully sunny day, and did a happy dance when I realized it was almost 60 degrees. 60!! On the last day of January!! After babying a slightly pulled muscle in my back (thanks, over-zealous ab work and old mattress) all morning I decided to make the most of the weather and go for a run down the shore.

I was so stoked! An hour or more all to myself with my new tunes and the ocean, what a great long run it was going to be! I went out thinking I’d aim for 5 miles, but if I did 4 that would be OK too. I’ve got the NYRR Gridiron 4 Miler next weekend in Central Park, which I plan on racing full out, so part of me is keeping things a little conservative this week.

Yeah, I was evidently SO stoked about this run that I left in a hurry and forgot my headphones at home.

I had, however, driven more than a half hour to get to my running destination, so I had no choice but to go for it, sans music. Which I HATE. Yes, I know that running is all about connecting with your body and feeling the rhythm and getting into your own thoughts… yeah you know what? I’m kind of tired of my own thoughts. I’m an only child and have spent more time with my own thoughts than I care to admit. Sometimes I like just leaving the headphones at home and feeling it, but not this time.

To make things a LITTLE more bearable, I played a podcast by the hilarious Bill Burr on my iPhone speakers, just loud enough for me to hear, and took off on the boardwalk for my long run.

It wasn’t exactly the head-clearing, zone-out for an hour and rock the groove kind of run I had hoped for, but it was good. I laughed at Burr’s ridiculousness – and had to turn the volume down when passing families with small children! – but after about 2 miles in one direction I started to feel the boredom creep in. This is usually where my tunes would kick in and carry me over the hump and into my second wind.

Instead of the refreshing boost I’d get with a new song, I instead just shut the podcast down and ran. It was not fun. I sang songs in my head. I bobbed and weaved through increasing crowds (who knew Asbury Park Beerfest was the same day?) and noticed that the lack of energy had affected my pace negatively – I was averaging about 11:49/mile at 3.5 and that made me angry. I knew I was capable of better!

So with the final half mile left before I got back to my car, I took off and breezed past everyone, leaping over crusty snow banks and splashing through puddles at around 9:xx/mile pace, loving the feel of the wind in my face and the cold breeze in my lungs. The sprinting paid off, and I finished at my car just over 4 miles at a much lower average pace, thankyouverymuch! 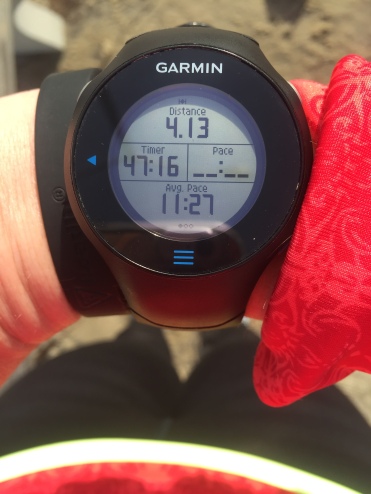 I’ll call this Week 0 because while I’m more active than I’ve been in the off season, the workouts aren’t 100% on plan. Tonight is a rest night because I’ve got acupuncture appointment #3 (hooray!) and a run and strength workout scheduled for tomorrow, then a light shakeout run Friday to prep for Sunday’s race.

I’m really excited to see what Central Park has in store for me – my current 4M PR is 45:05 which will be hard to beat especially on those hills, but who knows? I plan on giving it 100% and seeing what I’m capable of.

How about you – how’s your training going? Any races coming up? Let me know in the comments!